So let me go to the beginning. Necessity. We have all heard that necessity is the mother of invention. It was matlab exam in the first semester.

Here were the proposed problems:

Here were the ultimate opportunity:

Arijit is my friend since school days and we know each other more than we know our own parents. So there was a deal between him and me. He will pass my exam in Biology Labs and in turn I will catalyze him in matlab exams. So, it makes us looks fishy as we had occupied near-to seats before like 2-3 hours even the exam commenced.

The inevitable moment, sir separated us.

So then I somehow managed to tamper with the attachment folder of our local squirrelmail as Dhrien as usual forgot to patch the loophole up. So I created a shared folder between us where I can copy my codes out. The day we survived. Now the most frustating situation was the next day.

Another batch went to give the exam and as per previous settings, some of my friends were mailing me the questions to answer them back. Mighty Dhiren forgot to block email server. Lol, cause at the end of the exam, the students were supposed to send the exams to sir via email. I was fucked up emailing same answers to everyone and everyone was coming up with different questions. 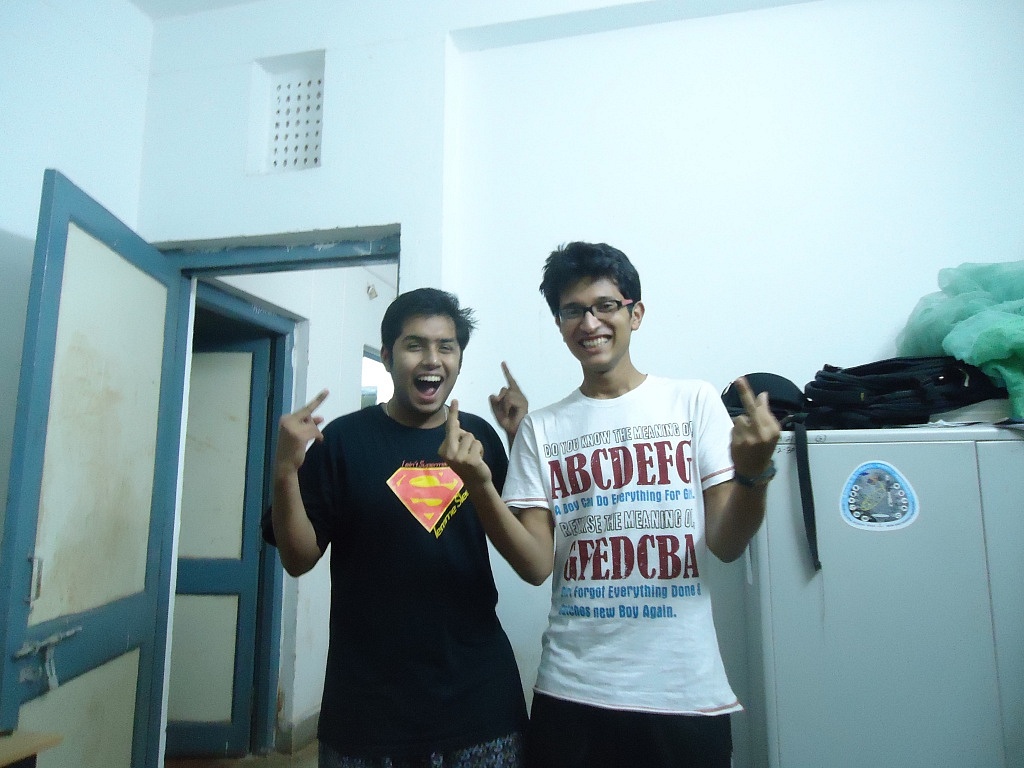 Most of the time in my first year, I spent playing games like crysis and other stuff in my room with Arnab.

Hence, I came up with a solution – a google site. Check here.

You can see it had grown into something massive and messy and we also ended up posting assignment solutions online so that other students download it and copy it to save the time of hunting the mightiest people who had done the assignment originally. It was a collaborative effort though. I got some threats from some teachers, some appreciations. The most exclusive part was it was accessible to the fullest content by only pour batchmates.

Now think of extreme cheat solution. You are in a Physics Lab and you are doing an experimentation. If you put a random final value. It will automatically randomize and give you data to fill up in the report. Isn’t that awesome. Phew.

It was beginning of something which ended me up leaving my college and getting a three story-ed building in Okhla, Delhi. How ? I was making the second version of it and put the design in Behance and the old gold Deviantart site. A marketing company called me and entitle me for 20% of revenue for the design. I was like.. meh. They want to do to something though. Who cares money. But it ended up as a best seller in themeforest and maybe most of the readers heard of the the famous theme – Grand college

NewerWhat is your threshold of pain?
OlderJob opening: Need a WordPress Developer