Somehow this saturday morning, I came across my old albums. Suddenly I was missing my school . Ah, not school, my roommates, study-hall mates, members of last benches, club of mango thieves, great IIT-ISI aspirant group, the fellows with whom I used to play as a defender – ha! There are tons of sub subgroups.

Then I saw a tiny hidden folder named – The Great Escape.  It was like class 12. So it was a funny day where we had our exams in the next day and our warden shaktida had the front door closed of our hostel to debar ourself to goto our auditorium where rest of the school was watching world-cup semifinal. In our school, you can see football and cricket matches in Auditorium :)

There is no way we can manage through front door. Shaktida had some mini-shakti people who he had empowered to restrict us. So they were acting like furious guards and moral inspirators (they are not studying too lol) … also there were spies , haha, yes.. it was a spy system which managed our hostel. There were spy level 1, spy level 2 and so.. Also there were double agents, triple agents as well as cross agents (like spies from another warden), mega spies. 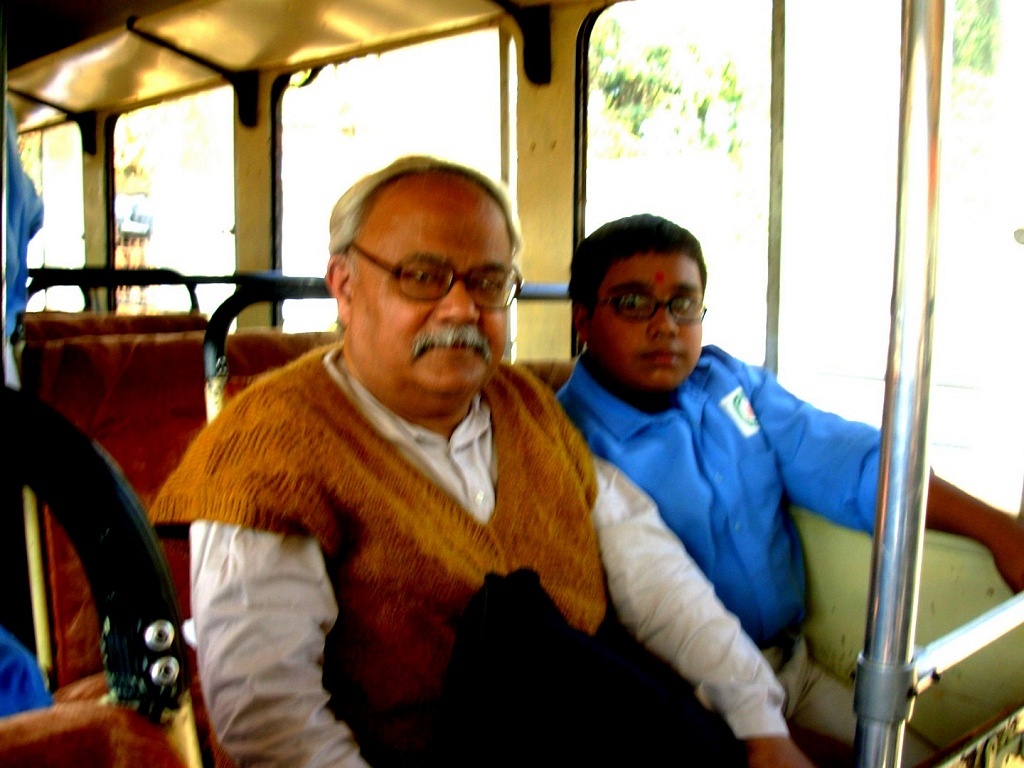 This picture is taken at our Deogarh excursion at 2007. Next to him is Sayak, one of the most amazing friend and storyteller I have ever met with. I miss friends like him :)

It was sort of mess … If you are from Ramakrishna Mission Purulia you exactly know this and this system was founded and applied by great warden Samarda. I must share his picture to explain the gravity and also to pull the nostalgia strings to the comrades who were grounded by his spynet.  Speaking of Samarda, here are some set of characteristics. He was a wonderful person. He loved to eat. He loved politics and to apply it between us. He feared ghosts. Again, He loved to eat. He was secretive about his age. He said his age is 60. But all the teachers as well as ex-students say that his age is 60 since 1990. So.. he is young for all the time. Ok, the picture I used here is hazy cause they were not liking me clicking picture of such compressive moments.

So back to the main story. We need to see the match. So we need to escape. There were some wall climber and kangaroo set (specially the people who used pipes to enter to hostel to bunk school. Our ground floor had grills. So we need to climb to the first floor using pipes. and the mango stealers). So what about the rest of the people. We came up with dhoti management. (To non ramakrishna mission people, we all had to attend evening prayer in temple wearing dhoti). So with some dhoti and abusing Kuntal’s height (he was hyper tall) and using some talents from those kangaroo section, we managed.

We helped each other to climb down safely and finally we were all out. So hostel went blank and its a still mystery to Shaktida. However, I am sure we all miss him too and hereby I take the responsibility to crack the mystery haha :)

Enough talking, let’s see the images. Share it with other fellas and let’s see it together.

First it was Bhuban, one of the kangaroo supreme.

Then Deepnil , one of the most studious student and a helping hand to all those need. He took the mightly challenge to explore the event.

Look at the helping hand.

It was utmost tension as all were watching Deepnil’s landing.

and hence the escape began.

We help each other.

Suggestion and Motivation to fellow hikers. You may notice Bahr with his physics notes.

You must ensure no one is seeing.

You need to catch other people sometimes.

It was a tension

Hence, finally ! Nandi made it.

Alternative way is in use.

Finally Kuntal. He was tall enough to just to step down like stairs haha.

“Stop taking pictures, you asshole. When your camera gets busted, so will be we”

So, do you miss those days too ?