All about Dr.Rath, a Spam

I really like to dislike this old guy and need some serious positive reinforcement to study economics. The war will begin @ tomorrow 8 AM and it will be proudly conducted @ the worst battleground named LH101 . The old fat panda has some real affection which really affects decent like me too much. Placements are really important in cases of exams and quizes and it is really bad when your probability in sitting in first bench is biased and alienation like this really sucks 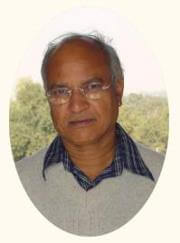 What happened is Tuhin drew a troll of our beloved panda professor and passed to the last bench which was acquired by me with earphones in my ears. I somehow got strong feeling that our visionary honourable professor hasn’t enough vision to see upto the last bench. As he was muted to me due to my earphones, I almost yelled with joy seeing the picture and then a silent black and white movie followed the event .I realized the fact I am the nucleus there after half operation. Till then some other magical things are also noticed by Mr.Rath..

I really have no idea what he had done in his whole life and he is really rare boring species … and has strong induction effect.

Another fact is my bed always become study bed which sounds abit counter-attack to my normal perception and she is also busy as she has exam tomorrow …. It’s really lovely to get a cute girl like her to disturb 3:) and hence in a tormenting date with economics which I am postponing my strong intentions to go country kitchen since last few hours …

NewerDay one to Puja’12
OlderAqua – An eve to pool lounge